Subscribe to receive updates on the latest restaurant and market specials! 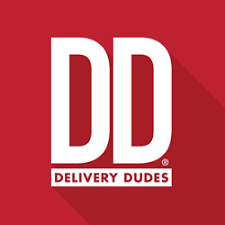 It all started in the spring of 1981, when John Mellaci and a friend went to visit “Uncle Harry” on Florida’s west coast. They got to see first hand the workings of a fish market and wholesale lobster business that was in its infancy stage. Having left a great impression on John, he soon was looking to start his own business. That happened in September of that year. He found his first location on the bank of the Indian River, here in Martin County Florida. The space was small, but soon people were flocking in to buy the freshest seafood and Maine lobsters the area had to offer.

Within seven years, the business had grown too big for the facility to handle. So in 1989, the operation was moved to its current location on Jensen Beach Blvd. It was time to expand. A kitchen was installed along with a take-out window and picnic tables. It became a favorite spot for both locals and tourists, who couldn’t get enough of the fried and grilled fish sandwiches, steamed lobsters, clams and mussels. Within a few years, business became so robust, that John built and enclosed a dining room he added to the building, expanding the seating capacity for the restaurant.

During this time, the wholesale fish business was taking off. A fish processing facility was added in the back of the building allowing that part of the business to further expand. By the mid 90’s, as popularity and demand increased, John purchased a lobster warehouse facility. That business has now grown to where they now bring in more than 20,000 to 30,000 pounds of lobster per week. Much of this is used to supply not just the markets and restaurants but also a growing list of wholesale customers and a clambake catering business.

In April 2010, New England Fish Market and Restaurant opened its second location in Palm City, FL, a combination of an 80-seat restaurant and fresh fish market. John has always believed that the quality and uncompromising freshness of his offerings is the reason his customers keep coming back. He has surrounded himself with an exceptional management team, and the best employees anywhere in Florida. Top customer service is the rule, as seen by the staff’s great performance.